Utah is the most unusual and geologically diverse U.S. state. Much of the state is occupied by mountains. The Colorado, San Juan and Green River flow through the lands of Utah. The amazing natural attractions are concentrated in national parks. They are so beautiful that sometimes they seem unearthly. It’s not a secret that this fact attracts many photographers who seek to capture the most surreal landscapes.

If you are one of them, or just like fantastic natural destinations, the road to Utah is always open. With the help of Enterprise rental in Salt Lake City, you’ll be able to rent a car and find many places for a great photo-shooting by visiting the following natural parks… Bryce Canyon is a completely fantastic and amazing place that will impress your imagination. The main distinguishing feature of it is groups of hoodoos – finger-shaped remains of ancient rocks. They are painted in orange, pink and white, which makes it difficult to trust in their natural origin.

The ancient Indians who lived in this area believed that hoodoos were stone-turned people, punished for their sins by a powerful coyote. In winter, the temperature here is slightly below zero, a lot of snow, which is a big plus when photographing orange hoodoos. Also, there’s no traffic on the road, and almost no people – that’s why the best images can be captured in cold period. One of the most charming formations is Thor’s Hammer – a rock resembling the same name instrument.

Monument Valley is a unique geological formation situated in the south-east of Utah, along Arizona border. It’s a sublime plain that is part of the Colorado Plateau. The top layer of the plain, consisting of soft sedimentary rocks, was completely destroyed, but a number of rocks composed of red sandstone remained above the flat desert surface.

Many rocks here have such interesting names as East Mitten, West Mitten, or Three Sisters. On the territory of the valley there’s a park owned by the Navajo tribe.

The valley serves as one of the most famous tourist attractions in the United States – scenes of many movies have been filmed on its territory, especially those ones dedicated to the cowboy theme. 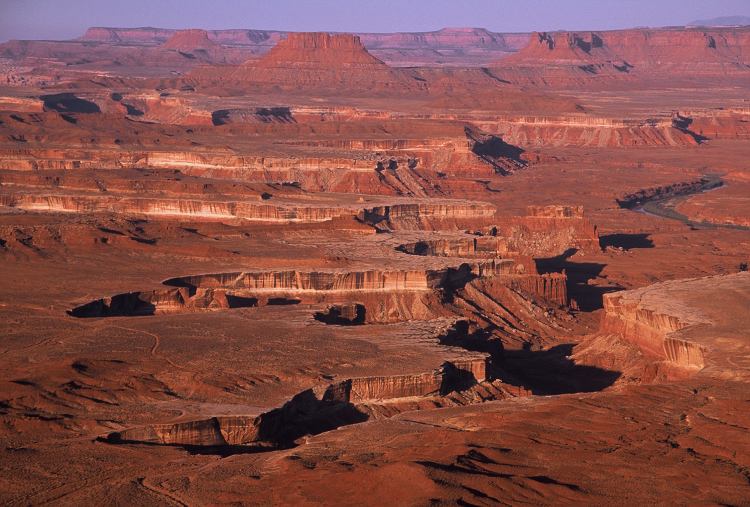 Tourists from all over the world come there to see the unique geological deposits, as well as to get closer to the history of human development and the ancient evidence of prehistoric Indian culture.

This part of unspoiled nature is situated in southern Utah within the Colorado Plateau. Canyonlands National Park is placed at an absolute height of 1,400-2,800 meters above sea level. This rocky terrain, rugged by steep canyons of rivers, lies within a desert area, where more than 250 mm of precipitation never falls a year.

In winter, the temperature here can drop to -8°C, and in summer it exceeds the mark of +24°C. The local daily temperature amplitude is about 50 degrees. In these extreme climatic conditions thousands of years ago people lived here, and now we can see what amazing peculiar forms of relief were formed. 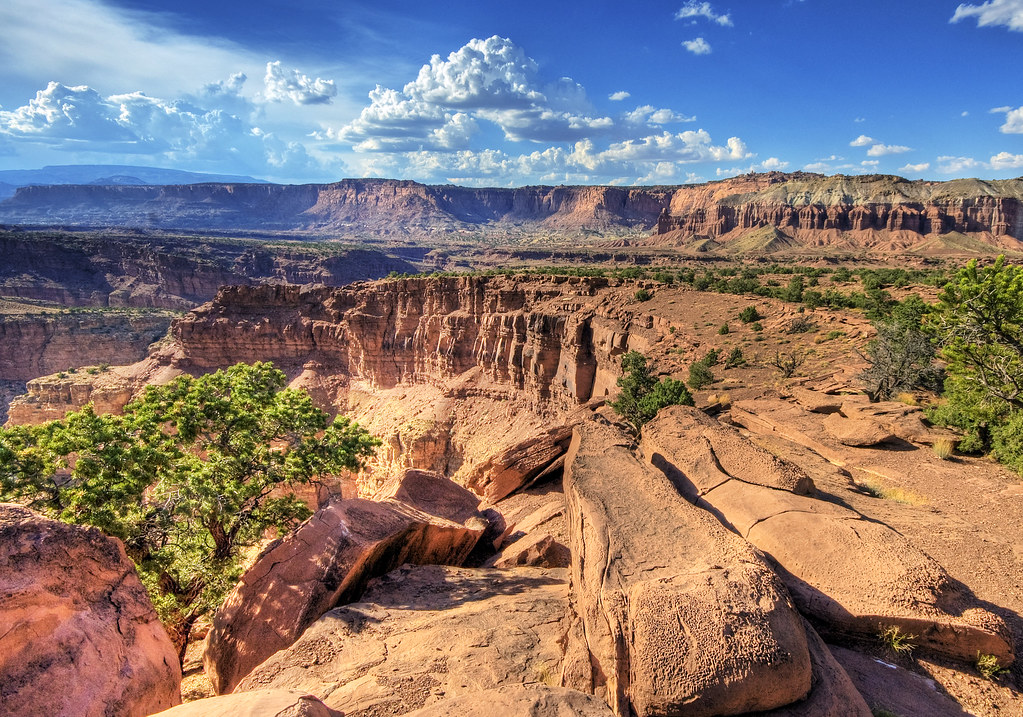 In the central part of Utah there’s the Capitol Reef National Park. Colorful canyons, ridges, rock arches and monoliths – all this really makes an amazing impression. Most of the park belongs to the arid desert zone.

The territory of Capitol Reef Park is a relatively narrow zone: it’s about 160 km long and its total area is 979 square kilometers. The park is open all year round, but the most visited period is from May till September.

In summer, the temperature often rises above 30°C, but at night it’s cool in the park – around 10°C. Capitol Reef, from whose name the entire park got its name, is a neighborhood near the Fremont River, consisting of white sandstone cliffs, each of which resembles the Capitol, where the U.S. Congress is located.

The United States is a country that occupies a leading position not only in terms of the standard of living of the population, but also in the number of protected areas, among which Zion National Park, located in the south-west of the country in Utah, occupies a special place.

This picturesque destination is famous for its unique natural landscapes and unearthly beauty canyons. The park covering the area of ​​593 square kilometers presents desert landscapes, and forests, which are inhabited by various representatives of the fauna, and where a lot of plants grow.

Zion Canyon attracts a huge mass of visitors and is the main attraction of the park. Crowds of tourists rush to it to admire the steep rocky shores formed from sandstone containing a large amount of iron and manganese oxides.

These substances give the rocks red and bronze shades. The intensity of colors can vary depending on the season and throughout the day, from pale pink to deep purple.

The tourist route along the path along the canyon is 26-kilometers-long and is quite difficult and dangerous. Therefore, you shouldn’t go on an independent excursion without special support and without preparation along this path. While going along the Zion Canyon via the river route, you can’t only hide from the summer heat, but also enjoy plenty of views of dripping spring water, and green gardens, formed by interlacing of moss and ferns. If you’re lucky enough, you can even see a unique local inhabitant – California condor, which is listed in the Red List of Threatened Species.

Previous Article
Trip to Washington DC: 5 Beautiful Sights for Car Travelers
Next Article
Importance of Keeping up your Brand Tracking

Importance of Keeping up your Brand Tracking
Author May 25, 2019