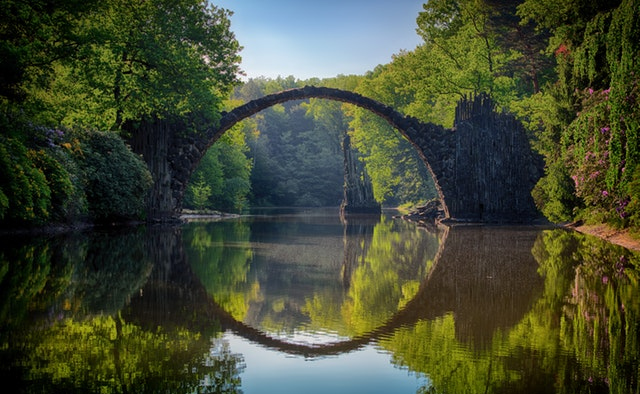 Natural resources play a critical and imperative role in our everyday lives. As evident from the matters discussed at the conference called COP21 on climate change, we need sustainable formulas if we are to conserve natural resources and keep the environment intact. During the Parisian meeting on the subject, two factors were highlighted. They are the circular economy and technology. These factors can help reduce issues like global warming and the greenhouse effect.

Circular economy refers to a cyclical process whereby anything that is manufactured is used and then recycled to be used again – in the same way, or any other. But would this be possible without the right technology? Similarly, many companies like the terramera corporation are now producing green products like Bugproof that are much friendlier to the environment than synthetic ones.

Can we really protect the rapidly depleting natural resources of the planet? Yes, we can, through technology. Below, we describe some of the important technological advances that make technology vital for the planet’s health:

The OMS is one of the innovative technological creations that is used as a framework to streamline tools and computer simulation modules. The latter needs to be integrated and maintained to make use of them. Such modules and tools use hydrological, climate, erosion, and crop-growth data as their bases. Read more about the OMS here.

The study #SMARTer2030 was brought to us by courtesy of the Accenture Strategy and Global e-Sustainability Initiative (GeSI). It has highlighted an extrapolation for the next 15 years. According to the report, digitization of business processes and analysis of data can provide insight into resource use. It will drive carbon emissions down to 2015 levels worldwide. Besides that, SAP estimates that the biggest role in carbon emissions is played by major industries, i.e., logistics, utilities, transportation, agriculture, and food production. If they apply digital technologies in these sectors, we might reduce the 12.1 Gt of emission to 7.6 Gt by 2030. A 63 percent drop is highly significant and can work wonders for our planet.

Agriculture and food production are two important areas with an impact that reaches far. If they can be streamlined and tightened to reduce wastage and consumption, the money tied to them can go into other more useful things. Today this has become possible, and farmers calculate – and even reduce – the number of fertilizers and other chemicals they’d need to grow their crops.  Besides this, digital technology and analytics allow the growers to optimize how frequently they need to use heavy machinery – which requires energy expenditure.

This era is the era of smart devices. From your speakers to your watch, everything is smarter than before. Additionally, many of these technologically driven applications not only predict your needs, but they also make energy savings possible!

By locating important data automatically, such devices can be the bringers of global profitability. We would have more knowledge about sustainable ways of manufacturing and processing. Once this is under control, it is likely that we may also alter these areas to increase their energy efficiency. The more energy we conserve, the smaller the effect humans will have on their surrounding environment. Moreover, we won’t be depleting natural resources like water and fossil fuels to produce more and more energy!

Plants and animals that populate the earth are considered as its natural resources. If we are to conserve different species, we need to know a lot about them. Camera traps are remote cameras that remove the need for trapping or hurting the specimen in any way. They don’t even require the operator to be physically present. Once the photos are on the camera, it sends them in real-time. This gadget has made it easier to study elusive wildlife. More than that, it has also opened the way for scientists to study new environments and species. They can be installed in remote and otherwise difficult to monitor locations, such as in trees. The canopy utilization of arboreal mammals is easier to study now. Similarly, species that are nocturnal or live in the depths of oceans are now a fair game too!

Carbon and its products have been vilified around the world. That isn’t to say they aren’t as dangerous as everyone says they are. Counteractive measures that reduce carbon dioxide emissions can be useful. However, what can be even more productive is that we grab the carbon and make it into something useful! Whether it is only baking soda or chairs, companies like Carbon Engineering and Global Thermostat, have already become pioneers in the realization of this concept! Innovative thinkers in Princeton and Northwestern Universities came up with a technology that can capture carbon and transform it into AirCarbon. AirCarbon is a carbon-negative material that can be used to produce other items, such as phone covers and chairs.

The Wind-Erosion Prediction System (WEPS) is a computer program that can help soil scientists and other experts calculate the loss of topsoil due to wind erosion. It has immense application potential for the identification of the drought-prone regions of the world. Besides this, WEPS can also suggest various measures which can prevent the land from losing its topsoil.

WEPS development took a 16-year-long period of collaboration between the scientists and software engineers of ARS and NRCS. Its updated version is even more user-friendly since it allows fine-tuning. Besides that, it can incorporate changes that take place during three years of field testing. The NRCS was formed in the 1930s, and since then, it has worked to conserve natural resources and respect local needs. They then align them with the state and national interests.

Do you know of any technological advances that have made preservation of natural resources easier? Would you like to share them with us?

Tags:
Previous Article
4 Industries that Require Accurate Measurements
Next Article
Own a Boat? 4 Ways to Keep it Shipshape