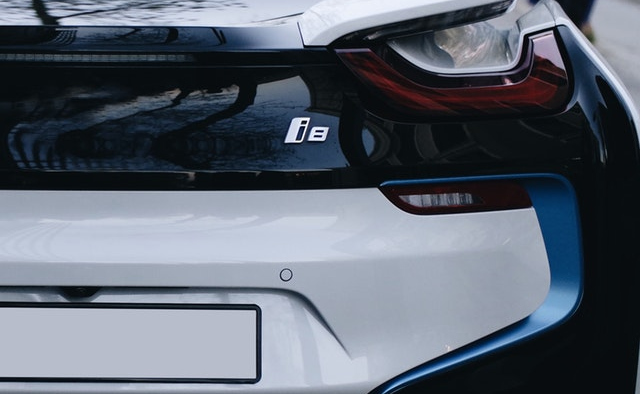 With 2020, we have officially entered into the new decade.

While other industries have shown the effects of the global chaos persistent in the past few years, the automobile sector has remained stable. According to Statista, 2020 will witness 74.1 million global car sales.

Apart from remaining steady, the automobile sector has undergone quite a revolution with the launch of electric and autonomous cars.

With rising concerns regarding the ecosystem and the ever fast dwindling natural resources, the adoption of electric cars has been on the rise.

Why? Well, various electric cars will be launched this year. Here is a run-down of them all.

Volkswagen seems to be leading the race of electric car releases in 2020. It has quite a few models coming out. But, the best and most anticipated one is its ID.3. This vehicle is going to be very affordable and will consist of three versions and will be released by the mid of 2020.

Also, the windows and lights of the car are no longer controlled by buttons either. Instead, touch-sensitive pads and screens will be used for optimum performance.

To those of you who are looking for sporty vehicles like those delivered by Silverleaf cars, ID.3 might not be the right one for you. But, people looking for affordability and optimum functionality are bound to prefer ID.3.

Yet another vehicle will be released in late 2020, which is bound to attract logistics companies. Rivian R1T Truck is a five-seater pick-up truck that will hit the market in late 2020. The electric car will feature three types of batteries for customers to choose from. This includes 180kWh, 135kWh, and 105kWh.

Similarly, three ranges will also be offered, including 600, 480, and 370 km. The top speed of each type of truck will be 200kph. The electric pick-up truck makes use of a 6.8-inch touchscreen, which can be used by passengers sitting in the rear seat.

But, a pick-up truck is not a normal vehicle. It requires features that allow it to carry bulky objects easily. To ensure adequate performance, it will have a wading depth of over 1 meter. Also, it will be equipped with lockable storage bins to allow for conveniently carrying objects.

The exact time of the release of the BMW iX3 is not yet finalized. But you can expect it to be available in dealership, sometime in late 2020.

After being highly successful in the conventional automobile sector, BMW is finally entering the all-electric niche as well. Unlike its other cars, iX3 features a single component that contains the power electrics, the motor as well as the transmission.

The electric battery is marketed to have over 70kWh capacity. In other words, it is equipped to cover a range of over 400km. Another excellent feature of this vehicle is quick to recharge time. From a 150kW charger, the car can be easily recharged in less than half-hour.

When it comes to price, don’t expect it to be cheap. The vehicle is moderately priced to be cost-effective, yet it still falls in the premium category.

When it comes to high-performing premium cars, Audi has been a frontrunner for decades. Whether it be its excellent performance on the road or the exceptionally comfortable interior, there is a lot to love about an Audi.

Audi has already ventured into the electric car niche. Its third all-electric vehicle, called E-tron GT, will be released either by the end of 2020 or early 2021.

The vehicle will feature two motors, which will aid it in delivering over 590 horsepower. It takes merely 3.5 seconds for the car to go from 0 to 100ph. And the top speed? Well, it can go up to 149 mph. Its range is around 400 km.

Also, another great element of the car is the fact that it only takes 20 minutes for the car to be 80 percent recharged. This must be done via an 800-volt charging system. For those of you who value companies that take into account their impact on the ecosystem, you will be happy to know that this car has a vegan interior and is completely eco-friendly.

One electric car launch which is comparatively closer than others is Mini Electric. Being released in March 2020, this is yet another of BMW’s invention. It is also BMW’s cheapest electric vehicle! Its cost is significantly lesser than i3, mentioned above.

The electric car will have the power to go from zero to approximately 100kph in an estimated 7.3 seconds. Its highest horsepower is marketed to be 184hp, and the top speed will be limited to 159kph.

Compared to other vehicles on the list, its range is quite low. It is likely to be between 124 and 144 miles. On a 50kW charging station, the vehicle can get 80 percent recharged in 35 minutes. However, just like other vehicles, this electric car also has a touchscreen of 6.5-inch.

The production of Polestar 2 will begin in 2020, while shipping is likely to start in June next year. With a horsepower of over 408hp and a battery range of 500km, Polestar will have an 11-inch infotainment system and two electric motors. Also, the car is designed to allow key sharing via phones.

Even though this car will not be available for customers in 2020, it still deserves mention so that car enthusiasts can keep a lookout!

Now that you know about the best Electric car releases of 2020 let us know which one you are excited for!

Previous Article
Cars of the Future: 7 Automotive Technologies You Will Enjoy Soon
Next Article
TOP Popular Vehicles For Your Family Road Trip